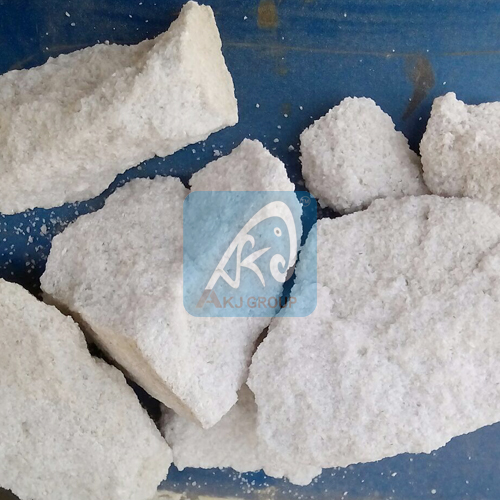 Silicon dioxide, also known as silica (from the Latin silex), is a chemical compound that is a dioxide of silicon with the chemical formula SiO2. It has been known since ancient times. Silica is most commonly found in nature as quartz, as well as in various living organisms. Silica is one of the most complex and most abundant families of materials, existing both as several minerals and being produced synthetically. Notable examples include fused quartz, crystal, fumed silica, silica gel, and aero gels. Applications range from structural materials to microelectronics to components used in the food industry.

Silicon dioxide is obtained by mining and purification of the resulting mineral. Quartz comprises more than 10% by mass of the earth's crust. Commercial silicon dioxide is also produced, almost always via the processing of quartz, synthetically on a very large scale. An estimated 95% of silicon dioxide produced is consumed in the construction industry, e.g. for the production of cement. Silica is used primarily in the production of glass for windows, drinking glasses, beverage bottles, and many other uses. The majority of optical fibers for telecommunication are also made from silica. It is a primary raw material for many ceramics such as earthenware, stoneware, and porcelain. Silicon dioxide is also used to produce elemental silicon. The process involves carbothermic reduction in an electric arc furnace.

A silica-based aero gel was used in the Stardust spacecraft to collect extraterrestrial particles. Silica is also used in the extraction of DNA and RNA due to its ability to bind to the nucleic acids under the presence of chaotropes. As hydrophobic silica it is used as a defoamer component. In hydrated form, it is used in toothpaste as a hard abrasive to remove tooth plaque.

In its capacity as a refractory, it is useful in fiber form as a high-temperature thermal protection fabric. In cosmetics, it is useful for its light-diffusing properties and natural absorbency. It is also used as a thermal enhancement compound in ground source heat pump industry.